It is with anger, fear, and solidarity that I write you today. The news of the impending repeal of federal abortion rights is shocking and deeply disturbing, even if it is perhaps not altogether surprising given the makeup of the supreme court; a court where 5 of the 9 justices were appointed by presidents who lost the popular vote.

This is a dark, scary time where hard-fought rights are being stripped away by, frankly, a well-funded minority who thrust themselves into power through the cracks in our democratic system: gerrymandering, voter suppression, the Citizens United decision, and the electoral college.

Thankfully, abortion is still safe and legal in Massachusetts, and that’s not going to change anytime soon. But that doesn’t mean our work here is done. Far from it.

What overturning Roe v. Wade means for MassachusettsThe good news is that the Massachusetts legislature codified the rights guaranteed by Roe v. Wade into law by passing the ROE Act last session (after, of course, sending it to study for years and years and stripping out several reproductive justice provisions). Little did we know they passed it just in the nick of time; because of the ROE Act, should abortion rights be formally overturned, abortion will remain legal in Massachusetts.

But overturning Roe will mean more and more people from out of state will come to Massachusetts seeking care, and we need to ensure that we adequately fund abortions and reproductive healthcare. We may also have to pass new legislation protecting Massachusetts healthcare providers from civil or criminal lawsuits for providing care to patients from states where abortion is made illegal.

Senate passes The Work and Family Mobility Act\ Thankfully, it wasn't all bad news this week: after 19 years of being sent to study, a bill to allow undocumented immigrants to obtain driver’s licenses is on its way to the governor’s desk after passing the Senate on Thursday. The House took its historic vote on the bill back in February. Both chambers passed the bill with a crucial veto-proof majority, ensuring that any veto from Governor Baker could be overridden. Massachusetts would be joining 16 other states and D.C. by establishing this policy.

This massive victory for immigrant rights and road safety comes after years of organizing and advocacy, notably the powerful encampment on the State House steps and hunger strike organized by Movimiento Cosecha Massachusetts and allies last session, both led by immigrants and BIPOC folks.

\ Spilka stands by passing sports betting bill without recorded vote\ The Senate passed a bill legalizing sports betting last week on a voice vote. This type of vote doesn’t record the actual votes cast by individual members, so there’s no way to see how your senator voted on this bill. And if we can’t see how our senators vote, there’s no way to hold them accountable to their constituents. This was a shocking move: final votes on substantive bills are almost always taken via roll call.

When asked to explain the Senate’s decision to pass the bill without a recorded vote, Senate President Karen Spilka offered an extremely clarifying, not vague at all explanation: “It was a general consensus that they were ready to move forward.” Got it, thanks!

Thank you all for a successful Ballot Question Campaign Weekend of Action! 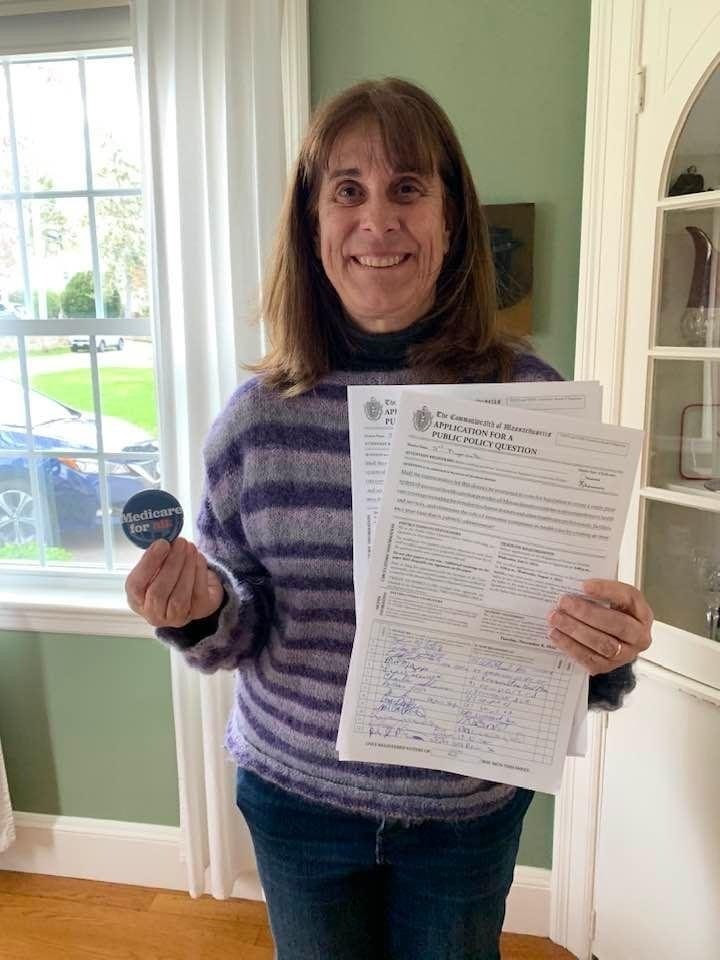 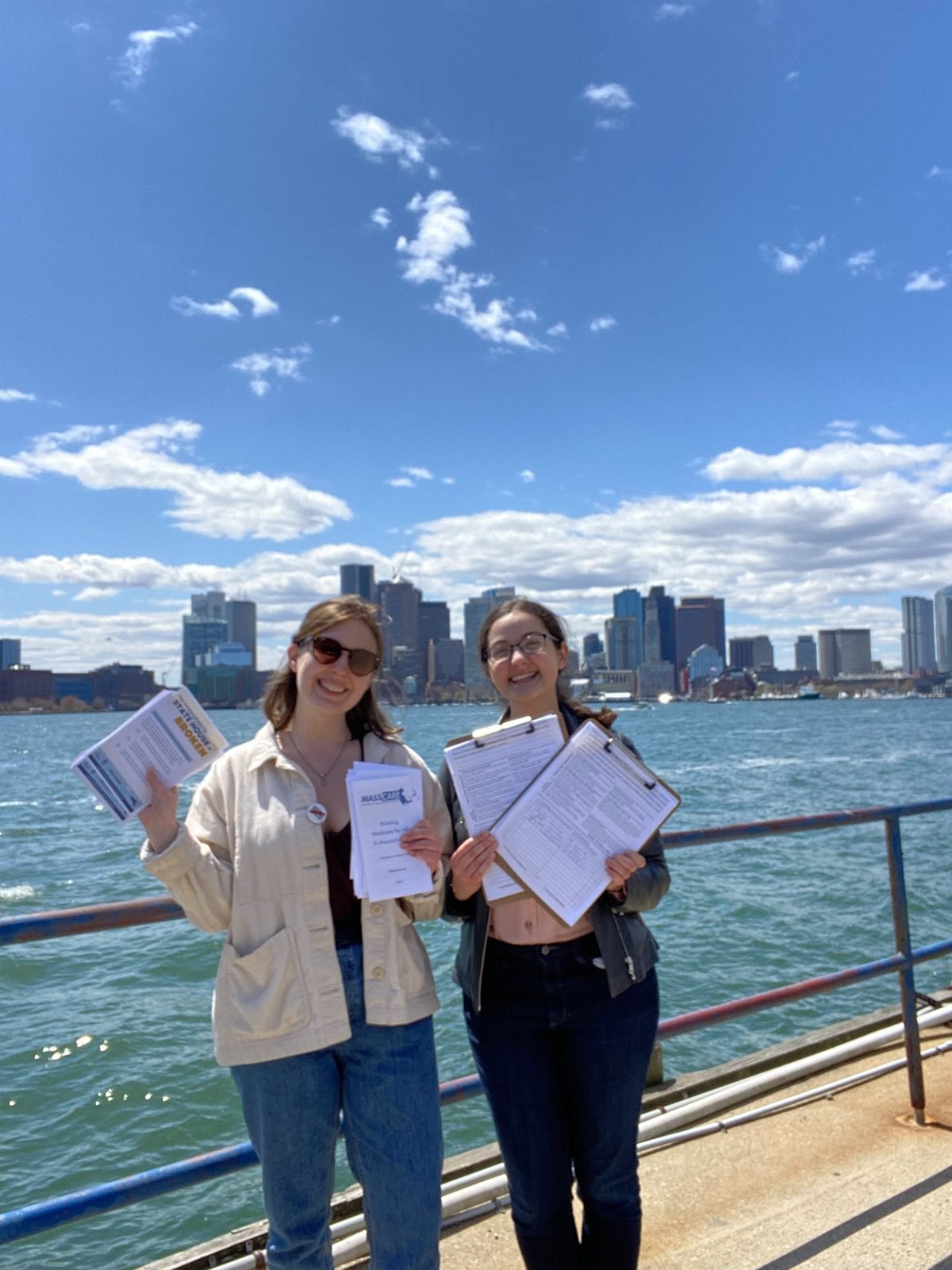 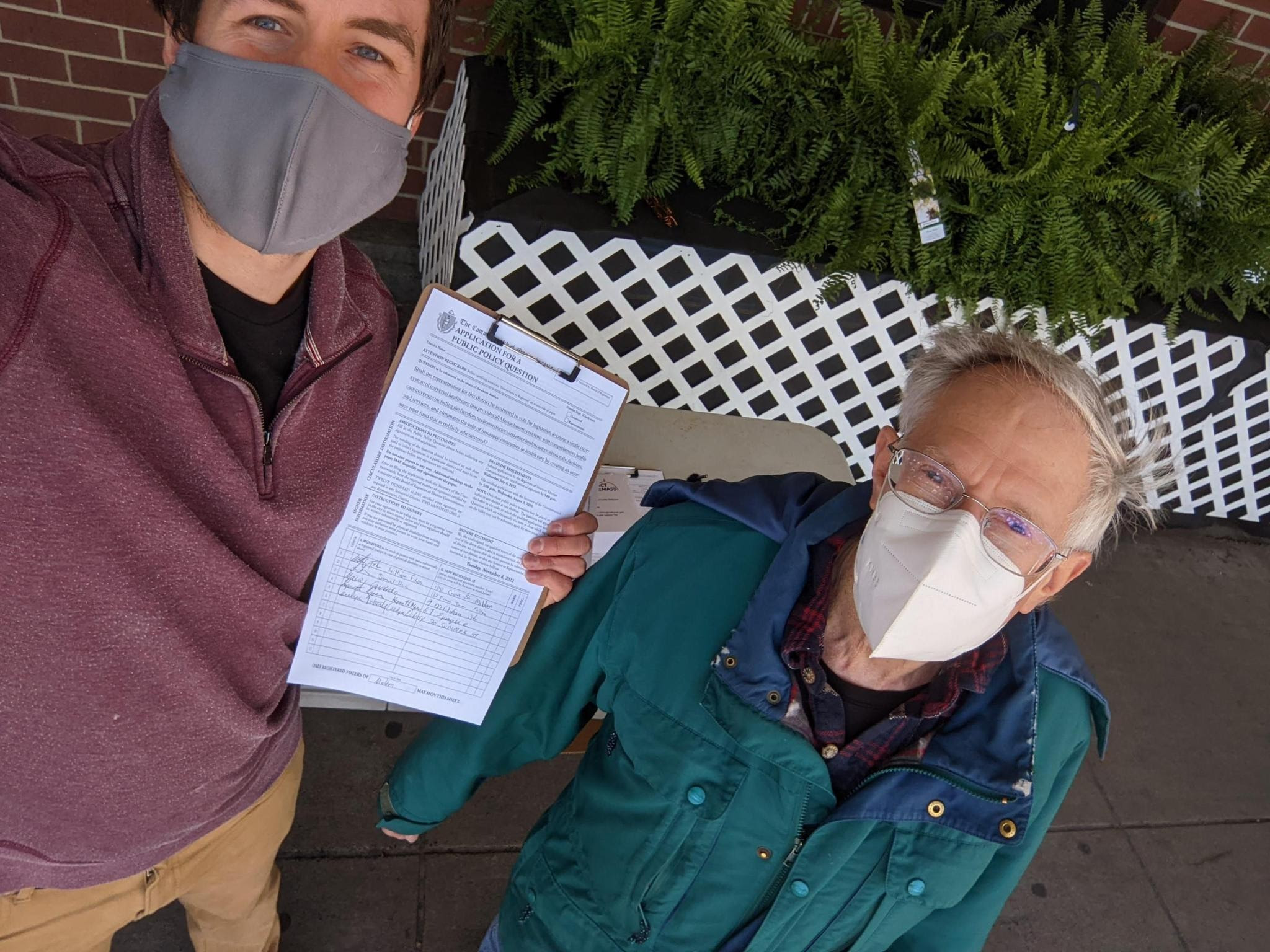 A HUGE thank you to everyone who came out last weekend to collect signatures to get our non-binding transparency question on ballots across the Commonwealth! I had an absolute blast gathering signatures in Arlington and chatting with folks about the state house, even if I did get mildly sunburnt. (Note to self -- bring a hat next time.)

Together we gathered around 3,000 signatures, putting us at just under a quarter of the way to our goal -- right about on track! We have the next 6 weeks to keep collecting, so stay tuned for more volunteer shift information soon!

Support reproductive rights by donating to these abortion funds

While abortion remains legal in Massachusetts, there are still several barriers to accessing care, including cost. Abortion funds help people pay for their abortion and other logistical expenses such as travel, lodging, and child care. Donating to abortion funds is one of the best things you can do right now to support abortion access. There are two links below for each fund: one where you can donate, and one where you can seek funds if you or anyone you know is in need.

For a full list of abortion funds across the US, visit abortionfunds.org/funds.

Remember to take care of yourself. I hope you’re able to find comfort by being in a community with others, and resolve by standing in solidarity with those who need it most.