Starting today (Saturday 8/27) through Friday 9/2, you can cast your ballot in person and beat the election day rush–my personal voting preference. Every town chooses their own early voting locations and hours. Find yours here.

With people already casting their ballots, these are the very last days to make the difference for our primary candidates. Sign up to volunteer for any and all of our endorsed candidates here. And if we learned anything from the disastrous end of the legislative session, it’s that we need some new people on Beacon Hill, and we need them now.

This week, the Republicans behind the effort to repeal the recently-passed Work and Family Mobility Act announced they have the signatures needed to get the question on the November ballot. If their count is accurate, this means voters will be asked if they want to repeal the law to allow undocumented immigrants to obtain driver’s licenses in MA. This bill was one of the major progressive legislative victories from this session, if not the progressive victory of the session. Let’s not let 20 years of organizing and a rare instance of our legislature using their Democratic supermajority slip through our fingers on election day.

Now that our legislature is through with major business for the rest of the year, it’s time to take a look back through the 192nd legislative session to acknowledge some of the popular progressive bills that died, yet again.

An Act to Prevent Wage TheftWage theft occurs when an employer fails to pay an employee the wages they are rightfully owed. Common examples include a restaurant manager keeping their server’s tips, failure to pay a worker overtime, or not allowing breaks or sick leave. It is estimated that $700 million in wages is stolen from Massachusetts workers every year. This bill, first filed in 2015, would make it easier to prosecute wage theft and would protect workers from retaliation from their employer for reporting violations. Not only does this no-brainer bill have widespread support from unions and voters, it actually has a supermajority of the legislature as cosponsors; that’s 144 of 200 state legislators. This suggests that if it came to a vote it would not only pass, but would override a Baker veto. Despite that, it has never even made it to the governor’s desk; although it passed the Senate twice, it always went to die in the House. This year, it didn’t even make it to a vote in the Senate.

To ask the perennial question: why is the Democratic supermajority unable to implement even the most basic tenets of its own platform? And now, the perennial answer: because the House Speaker doesn’t want it to pass. And why not? I don't know for sure, but I bet the answer can be found somewhere in here. (Hint: click the "Data" tab.) 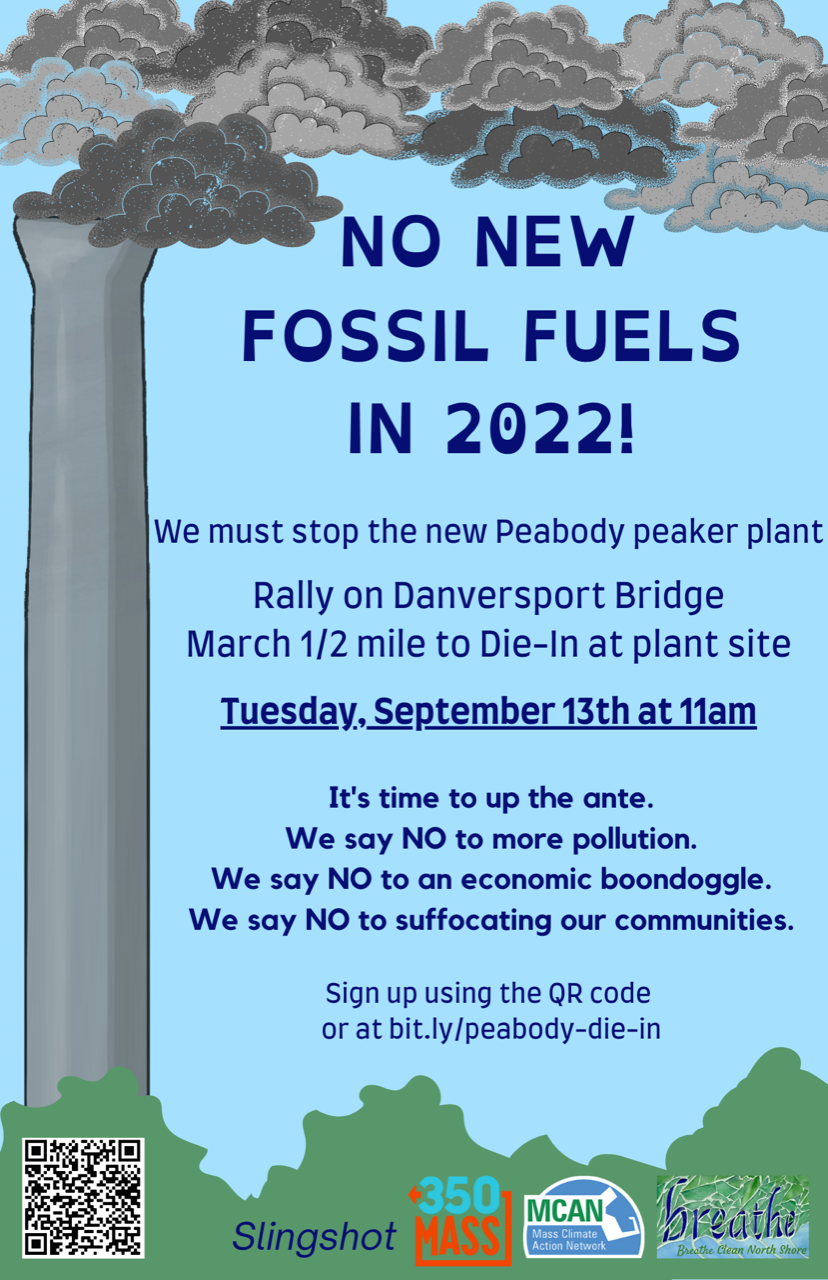 Stop the Peabody Peaker Plant Rally on Danversport Bridge, 9/13 11:00AM

Join climate activists in protesting the ongoing construction of a new oil and gas plant in Peabody. This new plant was approved before recent environmental justice legislation was signed into law, according to Massachusetts Climate Action Network, who estimated that the plant would emit upwards of 51,000 tons of CO2 per year.

RSVP FOR THE RALLY>>

If you’re reading this email you probably already know that our State House has a transparency problem. In fact, we’re consistently ranked as having one of the least transparent State Houses in the country. But what does that actually mean? What do other states have that we don’t? Here’s an example brought to us by the Globe in their coverage of our legislature’s chaotic final session:

Massachusetts is also the only state in the nation whose judicial, legislative, and executive branches all claim to be exempt from public records laws. This tendency toward secrecy only increased in the final chaotic hours of the session, as small groups of lawmakers negotiating some of the highest-priority bills shuffled in and out of conference rooms at 3 or 4 in the morning, ignoring questions from reporters. [...] Other states are far more open. In Florida, which has some of the nation’s strongest transparency laws, any group of two or more officials elected to the same body constitutes a public meeting, which must be reasonably advertised, open to the public, and recorded with official minutes.(Boston Globe)

That’s all for now folks! Happy voting, and happy GOTV. We only get this opportunity every two years. Let’s make the most of it.

I'll see you on the doors,