The end of the legislative session is just a month away (or, according to how I measure time, four Saturday Scoops away). And four Scoops, which might be plenty of ice cream to cool down this fourth of July weekend, is not enough time to finish everything our legislators have started. To make matters worse, they’ve already fallen behind; the 2023 Budget, which was due by July 1st, remains unfinished. In fact, this will be the twelfth year in a row that our lawmakers missed their budget deadline, and we are one of only 3 states that has yet to complete this task.

Also on the to-do list: bills on green energy, sports betting, mental health and more are being negotiated in conference committees. More bills (including those described below) have been passed by one chamber but not the other. Because of competing priorities of House and Senate leadership, many of these will die before ever reaching the second vote they need to land on Baker’s desk. Historically, the Senate is the chamber that passes more popular progressive bills, which then go to die in the House.

Hopefully that’s one pattern they do decide to break.

The House passed a sweeping reproductive rights bill (H.4930) on Wednesday, expanding upon the executive order signed by Governor Baker last week. The bill would protect MA healthcare providers from “bounty-style” laws such as SB8 in Texas which gives private citizens the right, and a $10,000 financial incentive, to sue people who seek or provide abortions. Anticipating that the recent Supreme Court decision could also be used to outlaw gender affirming healthcare for transgender patients, the House bill extends these protections to individuals providing these services as well.

This bill would also expand abortion rights here in Massachusetts by allowing abortions after 24 weeks of pregnancy in the case of a severe fetal anomaly, AND would require health insurers to cover abortion and abortion-related care without copays, deductibles, or other cost-sharing. In other words, this bill would be monumental if passed into law. It sailed through the House with a bipartisan veto-proof majority, although not all Dems got behind it; Democratic Reps Colleen Garry, Russell Holmes, John Rogers, Alan Silvia, Jeffrey Turco, and Bud Williams voted against the bill, putting them to the political right of 16 of their Republican colleagues.

A quick note from the author: the legislature can move when it wants toI want to take a moment to acknowledge the work that was done on Beacon Hill this week; our House reps were swift to address the overturn of Roe by passing a bill in less than a week. The Senate passed a handful of quality bills all in one session (although it is true that many of these bills are likely to die in the House). I want to leave you with one thought: every week could be like this. Imagine a legislature that is putting its Democratic supermajority to work, passing four major bills that would uplift the lives of Massachusetts residents per week. Hell, I’d even-- settle for one.

We at Act on Mass are absolutely over the moon to announce our first round of endorsements for State Representative. It’s no easy task to find candidates who are down the line progressives, have shown they are dedicated to serving their communities, AND are willing to fight the status quo at the State House. Another thing these candidates all have in common? They can win. They just need our help to do it. 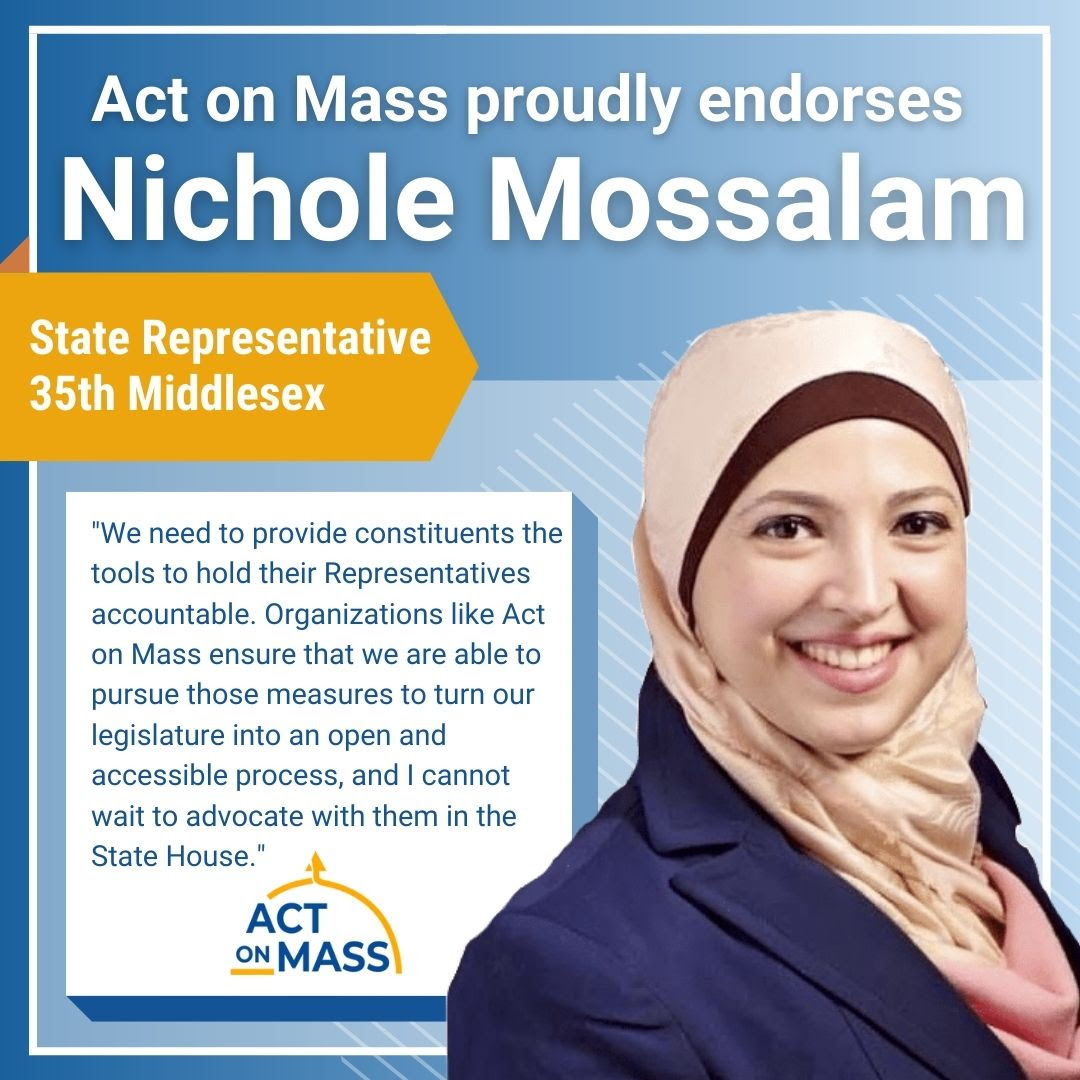 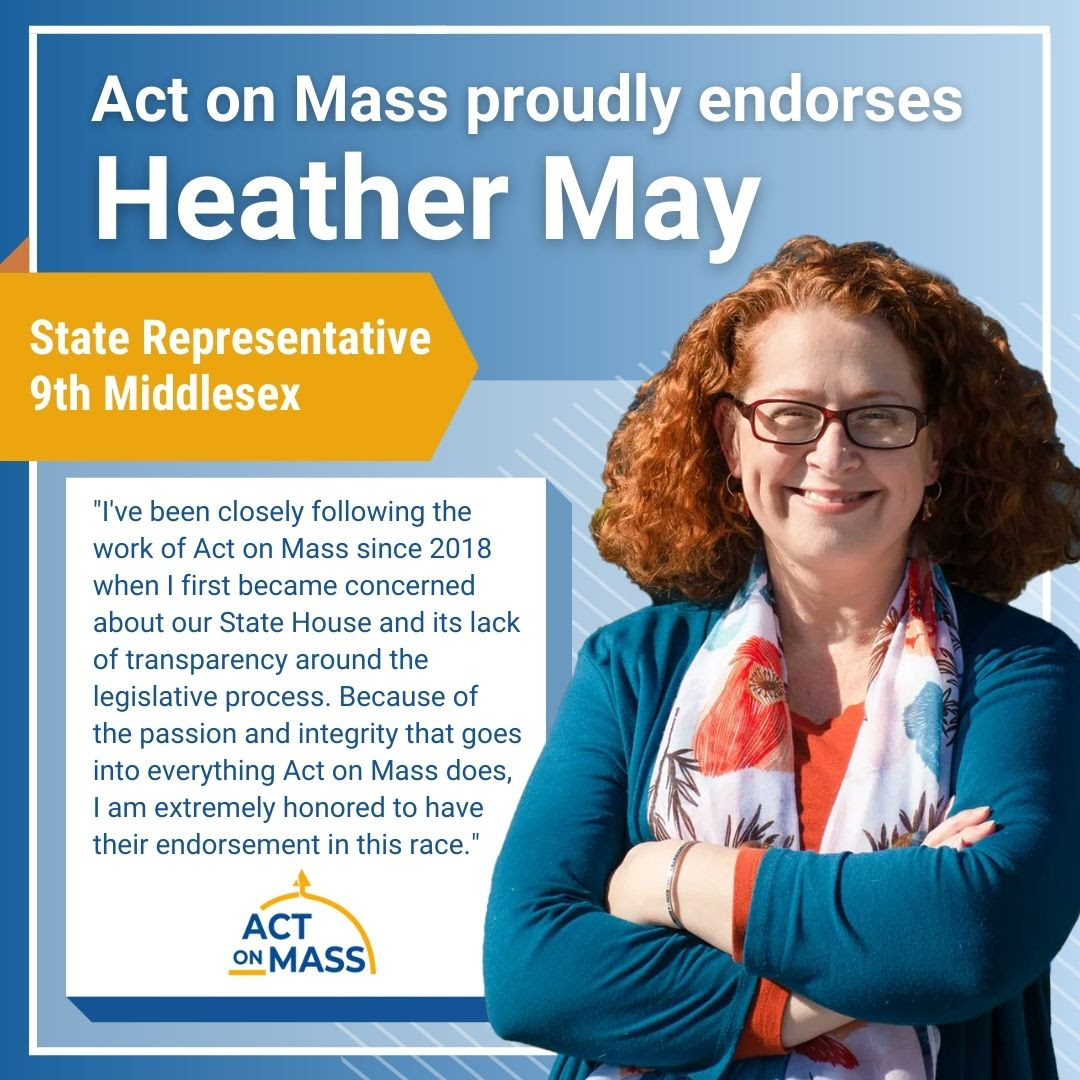 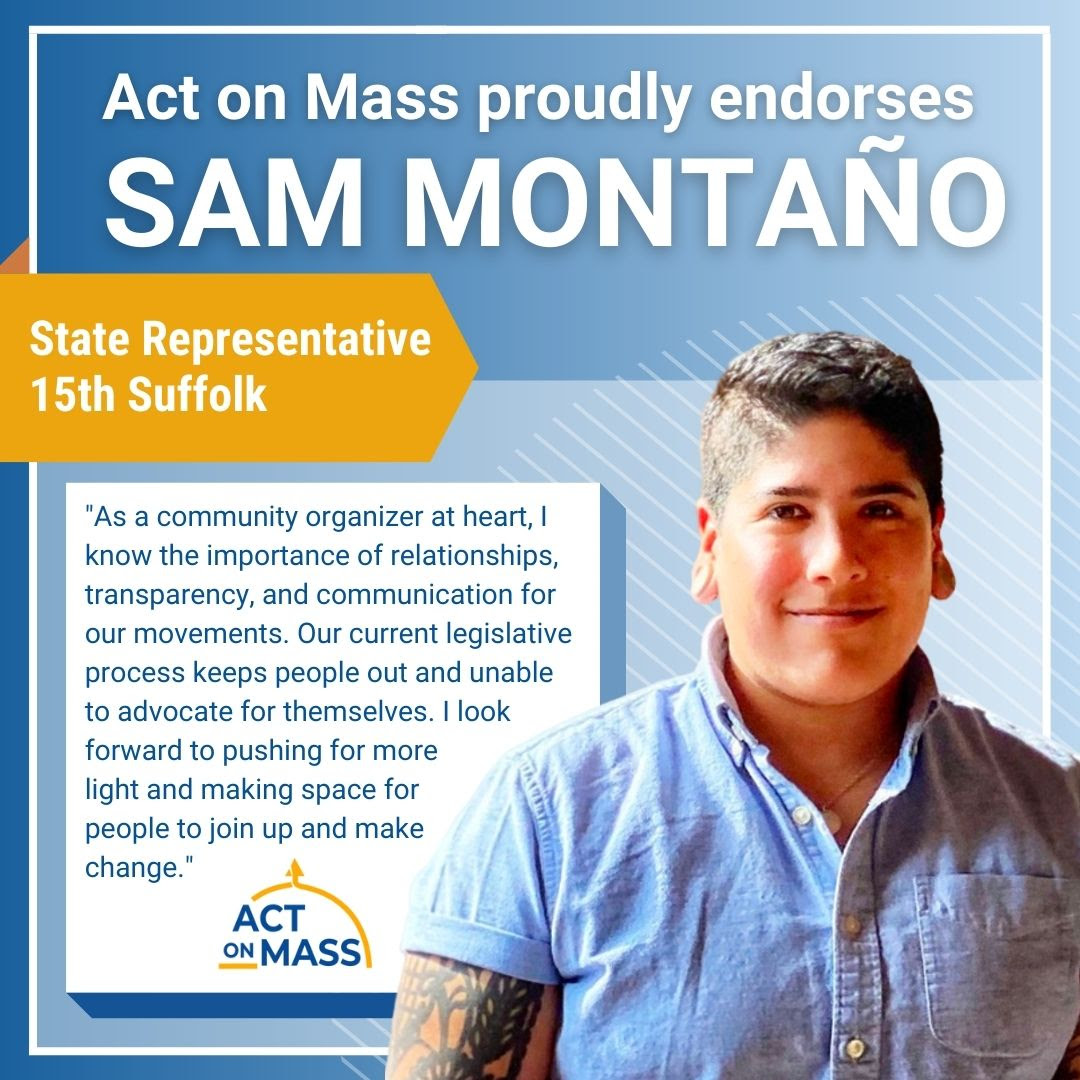 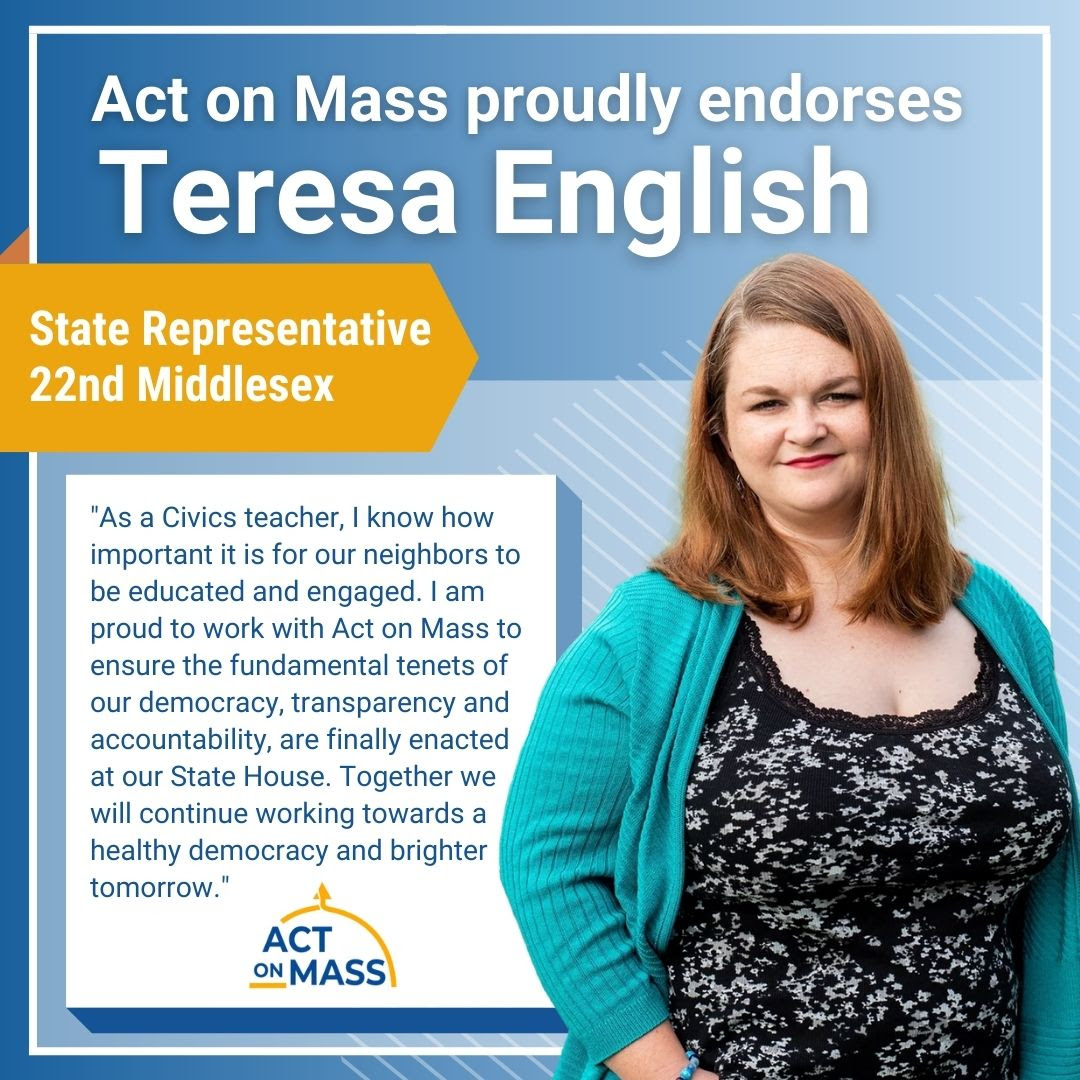 Stay tuned for more ways to get involved with our endorsed candidates this summer!

Both the House and Senate have earmarked funds for reproductive health care in the 2023 budget. However, the Senate has set aside four times as much money: $2 million. We must ensure that the Budget conference committee maintains the Senate’s funding levels to ensure we are maximizing the support we can provide for abortion care in Massachusetts.

In light of the tragedy at Robb Elementary in Uvalde, TX, March For Our Lives is demanding action by returning to our roots -- it’s time for another March For Our Lives. Since we last marched for gun violence prevention in 2018, we passed lifesaving legislation in states across the country. It’s time to hit the streets once again.

That's all for this week!