Donald Trump's term in office will end in less than a week, and with it we hope his administration's horrific legacy on immigration will end as well. The Biden administration, although painfully limited in their scope and imagination, has committed to take incremental steps to reverse the Trump-era decisions that enabled ICE, CBP, and DHS to terrorize immigrant communities nationwide.

With Massachusetts' legislature beginning its new session just a few days ago, we also have an opportunity to reverse the course of Trump's agenda and create systems to protect all of our communities. The deportation machine didn't begin with Donald Trump, and the Legislature has no excuse but to take a stand repudiating these policies and protecting their constituents.

With supermajorities in the House and Senate, the Legislature should have already taken a stand against the federal government's cruelty and protect immigrant communities in Massachusetts. But they still can choose to act now.

During last session, two commonsense immigration reform measures that had widespread public support - both of which were introduced long before Donald Trump ever became president - were either killed in committee or sent to study indefinitely, despite every Democrat's vocal stance against Donald Trump and his agenda. As a strongly blue state, we should have been a model for the rest of the country for how to protect our communities on the state level, but in practice we have fallen far behind many states with much less Democratic  legislatures.

We wrote about each bill and what happened to it below:

This bill would protect immigrant communities, people of color, and our communities by limiting spending of local police resources on the federal government's policies, prohibiting police from asking questions about immigration status, and protecting people of color from racial profiling by police. It would essentially end state cooperation with ICE and prevent deportations in Massachusetts. It would also prevent the creation of a Muslim registry.

This bill was left to die in the House Ways & Means Committee chaired by Rep. Aaron Michlewitz. 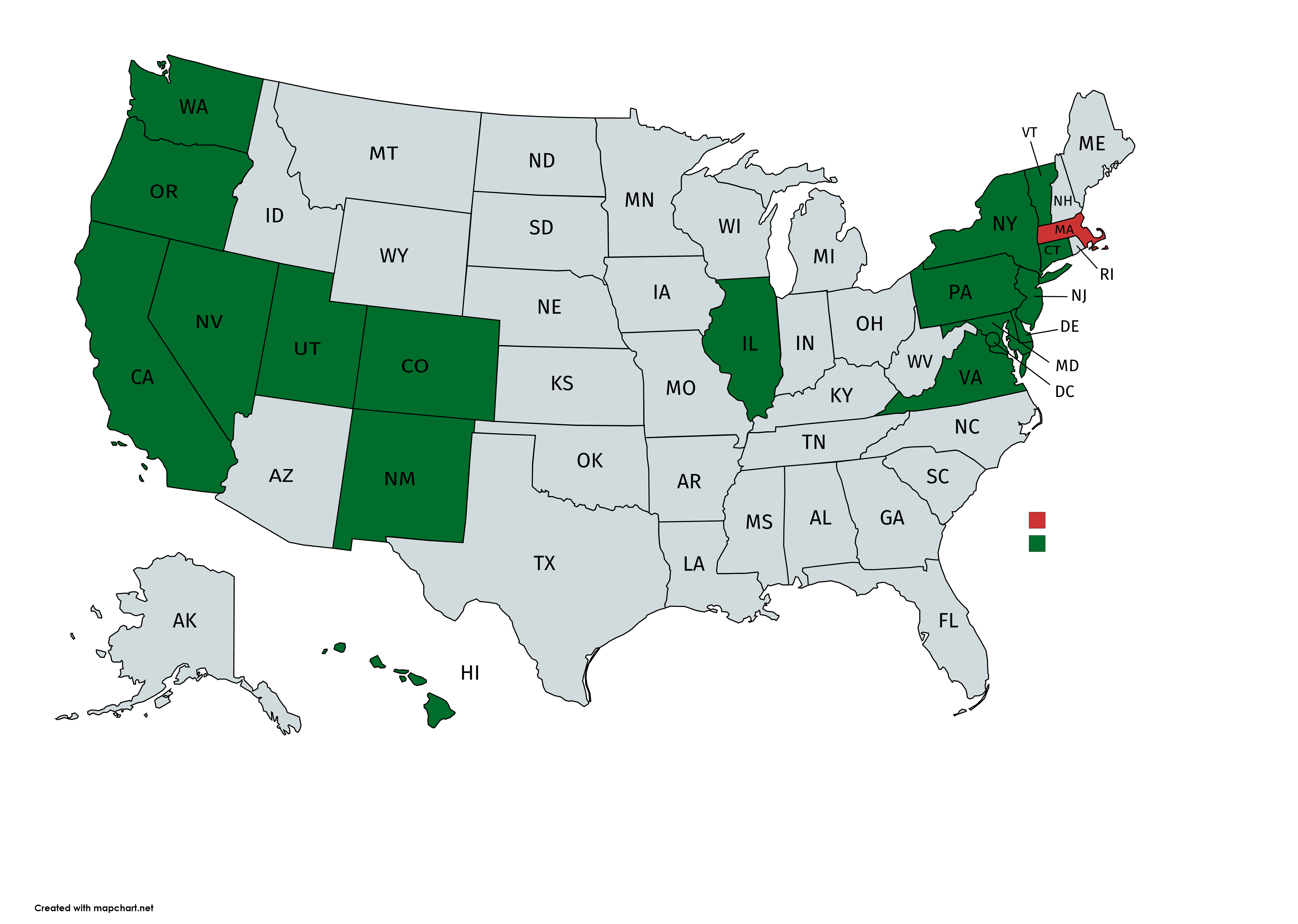 This bill would have provided drivers' licenses to everyone in Massachusetts regardless of immigration status. With 78% of Massachusetts workers driving to work, the ability to get a license is essential - especially during a pandemic when shared transportation is a public health risk. This has already been passed in a number of other states, and studies show that similar legislation has lowered the number of uninsured drivers on the road, reduced the number hit-and-run accidents, lowered average insurance premiums across the board due to less risk, created revenue from license applications, and boosted state economies through increased auto and insurance sales.

17 other states & DC have passed such laws, including most recently Virginia. This is a vital protection for our immigrant neighbors, since traffic stops where the driver lacks an ID can easily lead to detention and deportation.

This bill was left to die in the Senate Ways & Means committee, chaired by Sen. Michael Rodrigues.

In a few days, Donald Trump will no longer be in office, but the expanded infrastructure and budget for ICE that was built during his administration remains. We have a moral obligation to cut off ties with ICE (while our federal elected officials work to abolish the agency) and make Massachusetts a safe place for everyone, regardless of immigration status. We hope the new Legislature will do their duty to their constituents and act on these bills quickly in the new session.

Some legislators have told us they believe the last session accomplished a lot more than they were expecting. And there were real wins (education funding, the ROE Act, a ban on conversion therapy). But at least when it came to standing up for immigrants, one of the more vulnerable populations in our commonwealth, the legislature failed to offer a basic rebuttal to the brutal policies of the Trump administration. Sure, they gave some wonderful speeches, but the undocumented in our state need action, not hot air.