How Do Your Reps Vote?

There are Three Big Problems with the MA State House:

The MA State House fails to pass progressive bills year after year. And it’s hard to figure out how to fix this problem, because there are real issues with transparency.

The critical problem with the MA State House is that we don’t know how our Representatives vote. When legislators killed the Safe Communities Act, which would have prevent law enforcement from cooperating with ICE, there was no recorded vote. We don’t know who fought to protect immigrants and who was happy to kill the bill.

Another problem is that the Speaker of the House, Bob DeLeo, has virtually all the power, giving him outsized control over the process. He decides who to appoint as chair of important committees, ensuring that they only pass bills out of committee that he supports and kill the rest. The other State Reps then have to vote on the bills passed with little notice, often less than 24 hours to read the bill. Plus, the Speaker faces no term limits so he can be re-elected indefinitely.

A diverse set of State Reps came together on January 30th to demand transparency reforms and to ensure the House functions more equitably and democratically. These Reps included lawmakers with decades of experience, as well as new members. They included progressive champions, moderate democrats, and even some Republicans.

These amendments were defeated but they garnered more votes than ever before. If we keep asking our Reps to support these measures, we can make them happen. In some cases, only 25 State Reps would need to change their votes to pass these measures in the future.

If you’re not sure who your Rep is you can look it up at www.WhereDoIVoteMA.com.

On January 30th, Rep. Jonathan Hecht introduced an amendment to House Rules that would have made committee votes public, and Rep. Bradley Jones introduced two amendments to ensure that such votes would be published on the website, similar to how the State Senate functions.

2. Give Reps Time to Understand What They are Voting On

Another major problem is that House leadership can rush the process when it suits their interests. On Feb 27th, the House had to vote on a supplemental budget which would allocate $135 Million dollars. They only got a copy of the bill at 10AM that same day, and could only file amendments between 11:30AM-1PM.

Rules reform was also attempted on Jan 30 by Reps Hecht, Bradley Jones, and Denise Provost. They introduced bills to ensure that Reps have adequate time to read bills before voting on them and enough time to vote in committee and file amendments. Several Reps explained that they often need to pull over to the breakdown lane of a highway to vote on their phones when a piece of legislation is coming out of committee because they can be given just fifteen minutes. If they finish their commutes, they won’t be able to vote!

In the MA House, the Speaker of the House has too much power. He alone determines who chairs committees, who gets the big offices and larger salaries & staff, and which legislation comes to the floor for a vote. The Speaker of the House is elected every two years, but in practice it would be career suicide for a State Rep to challenge the incumbent Speaker. They would likely be moved into a basement office and lose their committee assignments (plus a good chunk of their earnings)

During the Jan 30th Rules debate, Rep. John Rogers introduced an amendment to limit the term of Speaker to 8 years, the exact same rule with Speaker DeLeo had supported when he became speaker, only to overturn it when he would be limited himself.

If you’re not sure who your Rep is you can look it up at www.WhereDoIVoteMA.com

During the Rules debate, many Reps spoke against the proposed reforms. Here are two noteworthy arguments against reform, and a response to each.

“There is no other amendment...that I disagree with more… It doesn’t make sense to establish a rule against your own ability to make rules as a committee member.

Right before he spoke, Rep. Hecht had recounted a time when he requested materials from a committee and was refused. These materials just aren’t public.

Try it out yourself. Go see if you can find who testified before the Committee on Public Safety for or against the Safe Communities Act. See if you can tell how the Reps voted. You can’t. The information was never saved, and you the public are completely in the dark. Read more here.

Rep. Michlewitz, against Term Limits for the Speaker:

The process for electing Speaker is very open and very transparent, a process that we saw play out just a couple weeks ago here in this chamber. In having a speaker who is experienced and has proven to be a steady hand, is not only beneficial to the entire body but to the state legislature and the Commonwealth as a whole. Experienced leadership brings better policy and better outcomes for all the residents of this state and this Commonwealth.”

Not so fast, Rep. Michlewitz.

It’s true that there aren’t term limits for individual Reps, but the Speaker wields tremendous power and functions as the second most powerful politician in Massachusetts only after the governor. We have term limits for President and Governor because we understand that power tends to corrupt. Just ask the last three Speakers who all faced criminal charges and left the office in disgrace.

And that “very open and very transparent” process for electing the Speaker? It’s not so great, and Rep. Maria Robinson and other progressives tried to reform the process earlier this year. Read more at Rep. Connolly’s blog

If you’re not sure who your Rep is you can look it up at www.WhereDoIVoteMA.com 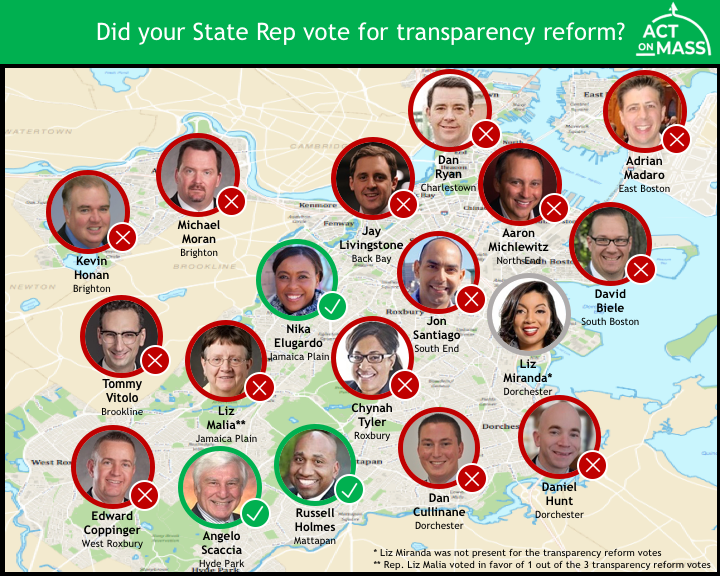 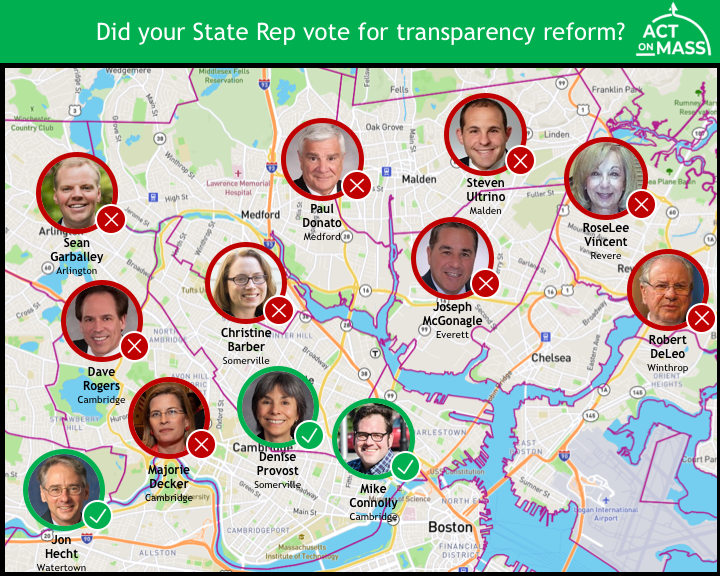 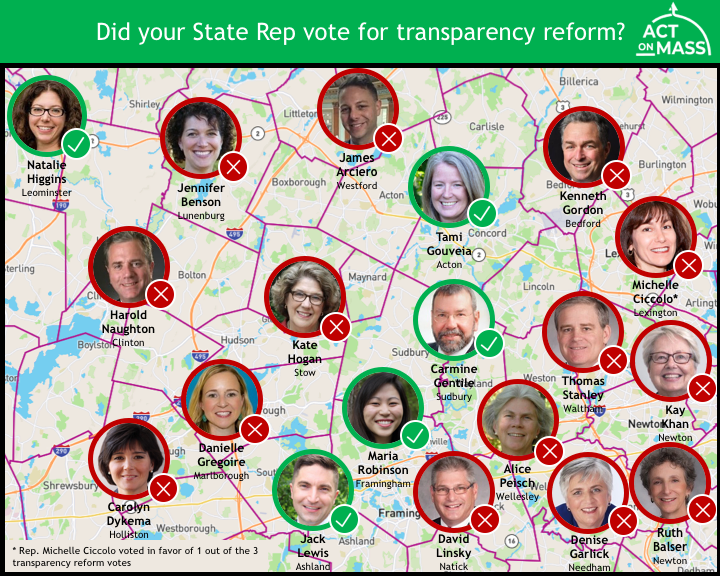 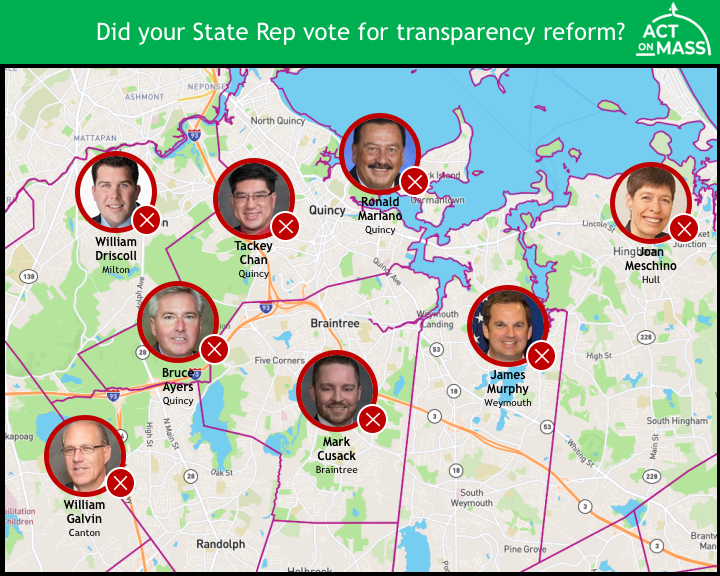 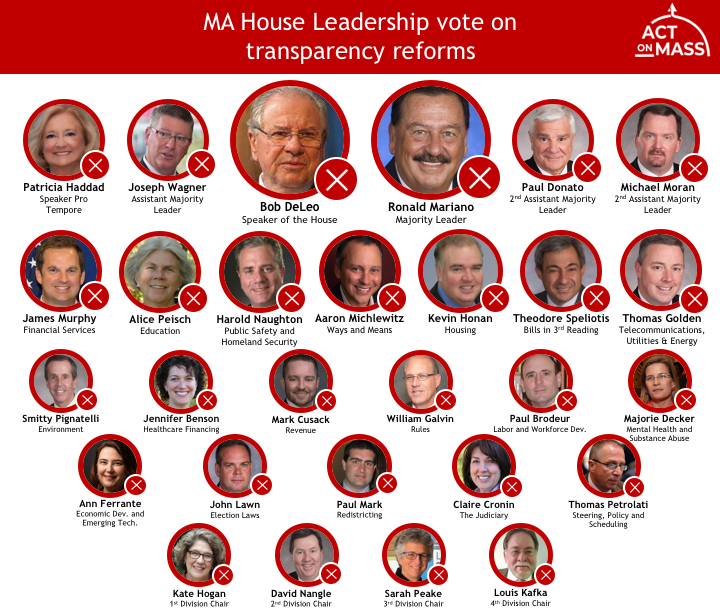